In Portland, Ore., John Brennan has come to be known as “Sir Godiva” and the “Naked American Hero,” a motto emblazoned on T-shirts, mugs and beach totes featuring Brennan clothed in a beard, a pair of glasses and pretty much nothing else.

That, after all, is the image most people have in mind from the widely circulated photo of Brennan’s bare rear end, taken in April after he stripped naked in protest of a federal Transportation Security Agency search at Portland International Airport.

Last week, Brennan was acquitted on an indecent exposure charge after a judge in Multnomah County ruled that the 50-year-old website manager was engaged in a symbolic protest protected as free speech.

“It is the speech itself that the state is seeking to punish, and that it cannot do,” Circuit Judge David Rees said.

The verdict Wednesday brought at least a partial conclusion to a case that caused widespread angst at the airport. Some passengers were covering their children’s eyes, and their own, as Brennan calmly unveiled his opposition to TSA screening procedures, according to a report from the airport police. The case also drew international attention to the normally low-key computer geek.

But Brennan still faces a federal investigation by the TSA, which he said could impose a large fine or even place him on a no-fly list if agency officials conclude he unlawfully interfered with the airport screening process.

“The phrase I’ve come away with in all of this is ‘My liberty is more important than my modesty,'” Brennan said in an interview Friday. “I felt it was an effective and appropriate statement. It just felt like the right thing at the right time.” 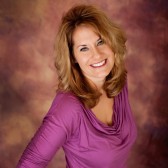 Groundbreaking legislation, included in the leadership package by Michael Busch, Speaker of the Maryland House of Delegates, provides the most comprehensive insurance coverage for contraception in the END_OF_DOCUMENT_TOKEN_TO_BE_REPLACED